In recent decades, many studies have been performed worldwide into the efficiency of compressed air foam systems (CAFS) for various types of fires and deployments. Separately, various studies – mainly in Europe – have also been performed regarding the use of One Seven CAFS in particular. These studies were largely aimed at extinguishing class A fires, during both indoor and outdoor deployment.PROMESIS

In 2009 and 2010, independent research was performed under the name PROMESIS, mainly on the initiative of the French Atomic Energy Commission CEA, in collaboration with a group of scientists, consultants (including TNO), emergency services, industrial partners, supervisory bodies and a team of experienced, well-trained fire fighters. The aim of this research was to obtain an insight into the smoke-cooling performance of various water-based extinguishing systems (including low pressure, high pressure and One Seven), as well as the efficiency of the correct deployment tactics for each system during an indoor attack. For this, 170 tests were performed over two years under constantly reproducible conditions in a specially built test set-up, among other things, fitted with 240 heat sensors and flux meters, even measuring parameters such as the decrease in weight of the fuel, the internal pressure and the opening of the access door. 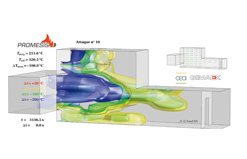 The conclusion of PROMESIS was that the smoke-cooling performance of One Seven® is highly effective, provided that the correct deployment tactics and nozzle handling method are used.

Between 2013 and 2015, the Dutch Institute for Physical Safety (IFV) conducted various studies under the name OBI regarding the use of various water-based extinguishing systems (including low pressure, high pressure and One Seven) during offensive and defensive deployment indoors and outdoors.

Notable conclusions of some of these studies conducted by the IFV are:

That using the correct deployment tactics prescribed by the One Seven manufacturer for offensive indoor deployment, One Seven cools smoke gases considerably better in an absolute sense than, for example, when extinguishing with high pressure. But also that, for every series of smoke gas cooling runs, One Seven cools considerably further into the room than low pressure and high pressure extinguishing systems. 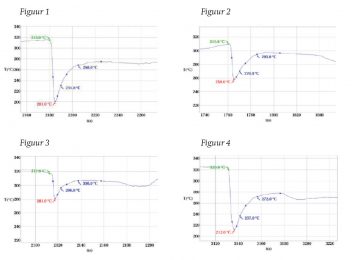 The final conclusion of all of these independent reports is that One Seven is a more than excellent extinguishing medium for use during outdoor as well as indoor deployment, and that, contrary to assumptions in some cases, One Seven is definitely capable of cooling smoke gases during offensive indoor deployment.